Recently, a school in Brentwood, Essex, pleaded guilty in court after being found to have breached health and safety regulations following the fall of a worker who was subsequently injured.

Recently, a school in Brentwood, Essex, pleaded guilty in court after being found to have breached health and safety regulations following the fall of a worker who was subsequently injured.

Chelmsford Crown Court heard evidence on how a maintenance team was working to replace components of an existing system on the bay window of residential accommodation within school grounds in January 2014. A 63 year old Work at Height operative was working on the roof of the bay window when he got his foot caught. He then fell approximately 2.6 metres to the ground below. He was taken to hospital and when he arrived doctors found that he had suffered serious injuries that included a broken collarbone and chipped vertebrae.

When the incident was brought to the attention of the authorities, a subsequent investigation was launched into the incident by the Health and Safety Executive (HSE). They found that there were no effective Guardrails or any other means of Roof Edge Protection installed at the property which would have potentially prevented workers from falling from a height. Investigators also found that the school made no supervisory arrangements, and as a result, the work was not carried out safely. It quickly became clear that the school had failed to provide adequate Fall Protection to the Work at Height operatives, and that this played a leading role in the incident.

Following the incident, the Brentwood School Charitable Incorporated Organisation pleaded guilty to breaching Regulation 4(1) of the Work at Height Regulations 2005. As a result, the school was subsequently fined a total of £40,000, and they were also ordered to pay £1,477 in costs.

Heightsafe are market-leaders when it comes to Work at Height solutions for your buildings, vehicles, stadiums and various other environments where height safety needs to be considered. We provide a variety of services that include:

Edge Protection that collapses when not in use – perfect for listed and historic buildings due to its folding, freestanding configuration.

Due to its fixing capabilities to parapets, this form of Edge Protection delivers 24/7 protection for personnel Working at Height.

Using counterbalance design, its configuration provides the ability to protect personnel with no need to penetrate the roof surface.

A cost-effective alternative to temporary scaffolding with short term hires – providing the highest levels of safety for personnel.

Guardrail and Handrail systems used as a collective measure of protection for personnel Working at Height should be inspected at least once every 12 months. 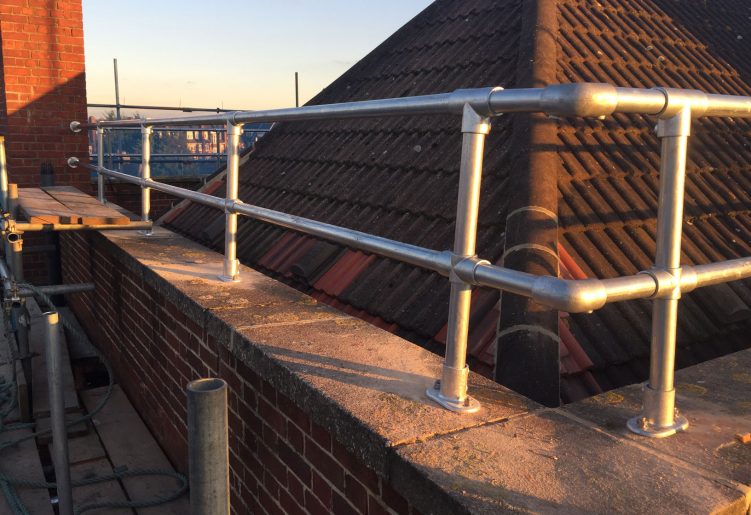 What is Edge Protection?

Collective Edge Protection is what HSE recommends as the first point of call when it comes to installing a Fall Protection System for Work at Height personnel. It is important to understand why. 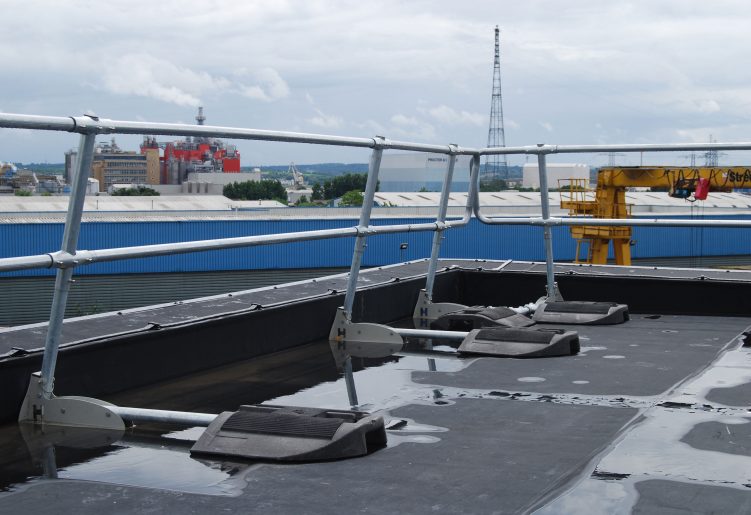 Where Is Guardrail Required?

Ensuring end users have the correct equipment to conduct Work at Height tasks, whilst [...] 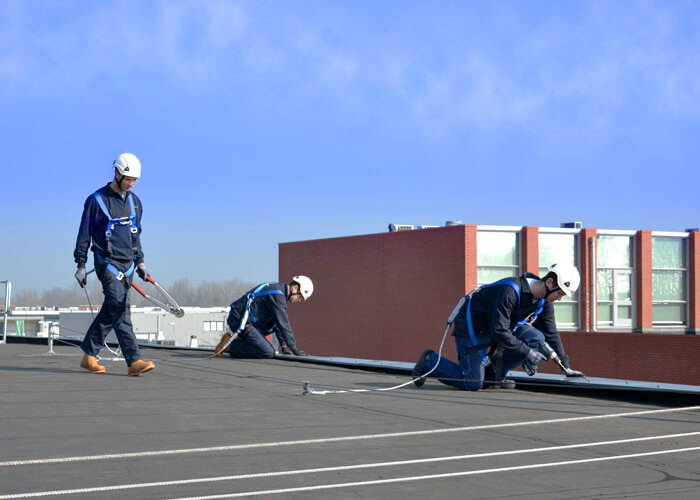 How to Work at Height Safely

With 11% of incidents on four major public works involving Work at Height [...]

Your Specialist Work at Height Partner!

Get in touch with our friendly specialists today for free, no obligation advice on your Collective Edge Protection requirements.