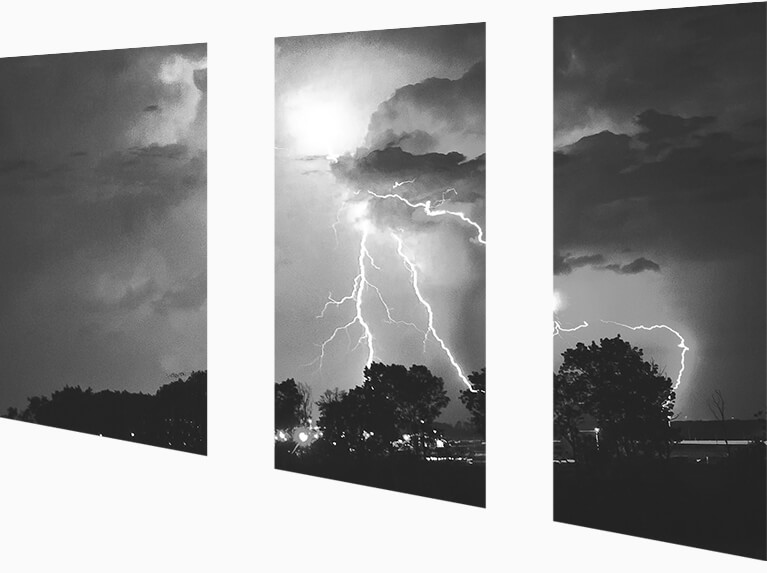 At Heightsafe Systems a properly installed lightning protection and surge protection system, will not only protect the structure of a property, it will protect your people and your assets, so don’t be caught by a ‘bolt from the blue’, contact one of our Specialist Lightning Protection Consultants to discuss design, installation and maintenance. The well-known saying that ‘lightning doesn’t strike twice’ is not a complete fallacy, and the fact that global warming is something we all need to be considering, and what we can do to avoid the devastating consequences, needs to be fully considered and acted upon.To put this to test lets look at the Empire State Building in New York. Strikes of 49 in a single day have been recorded, and the building is said to be hit about 100 times every year. The testimony to a fully functional, crucial and maintained lightning protection system is that any damage has been minimal, and iconic building remains the same as it has for years.

Shield your people and assets from the devastating effects of a Lightning strike to your commercial or industrial property with Heightsafe’s specialist systems.

Ensure that your Lightning Protection and Surge Protection systems are compliant with regulations and in full working order to protect your people and assets from a strike. Last Updated: 26th July 2021

With over 50 years of combined industry experience and a decade of trading, you can focus on core business activity as Heightsafe’s specialist operative teams ensure your property, people and assets are protected via Lightning Protection and Surge Arrest systems that are correctly maintained and compliant with regulations. Working nationwide, operative teams are highly skilled and experienced, holding all relevant certifications and receiving regular refresher training to guarantee clients with the best quality results.

Restore your commercial and industrial properties with Heightsafe’s expertise, from listed buildings to warehouse units.

Create a platform for cost-effective Planned Preventative Maintenance requirements for your commercial or industrial property.

Get in touch with Heightsafe’s friendly, professional team today for free, no obligation advice on your Lightning Protection requirements.