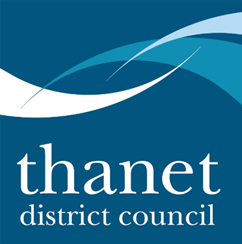 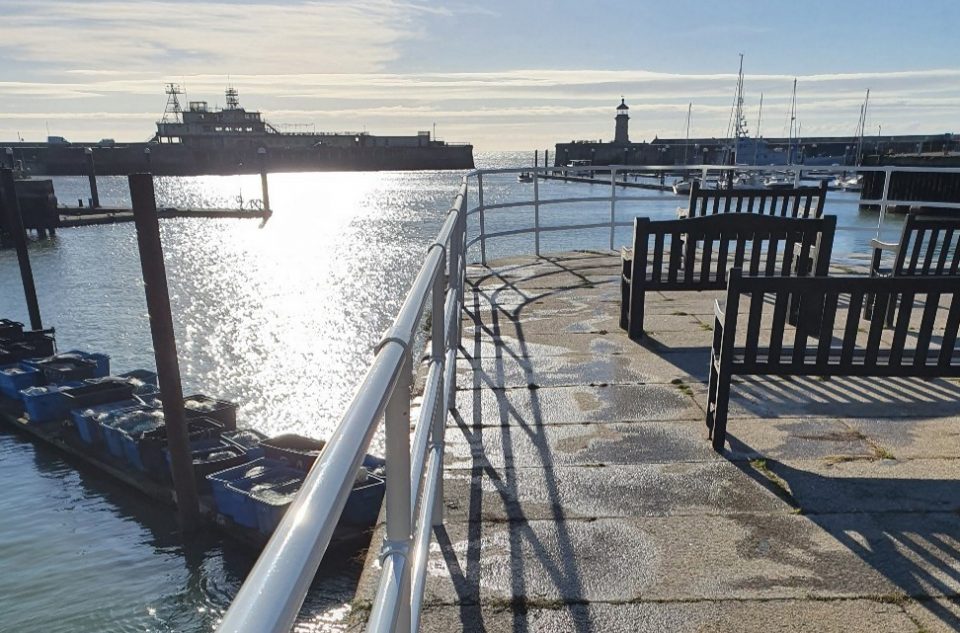 2021 marks 200 years since Ramsgate Royal Harbour was named as such by King George IV for the friendly welcome he received on a visit there in 1821. Today, the harbour is still fully operation all year round with a capacity for over 600 berths; and remains the only Royal Harbour in the UK. The surrounding area comprises of many cafes, bars and restaurants within the Arches facing the Harbour, as well as a rich history of listed buildings and museums to explore.

Thanet Council submitted a planning application to erect guardrail around the inner Harbour along the Crosswall Pier area, after previous incidents occurred where members of the public and cars had fallen over the harbour due to a lack of edge protection. The application followed on from the previous successful installation of guardrail to the Military Road area of the Harbour.

The application was initially refused due to the Harbour being Grade 2* listed, but was later overturned as the impact a lack of edge protection has on public safety was far more important than the heritage of the site.

Heightsafe were contacted to provide a sympathetic installation of resin fixed guardrail to the inner Harbour Crosswalls, in keeping with the historic fabric of the site. 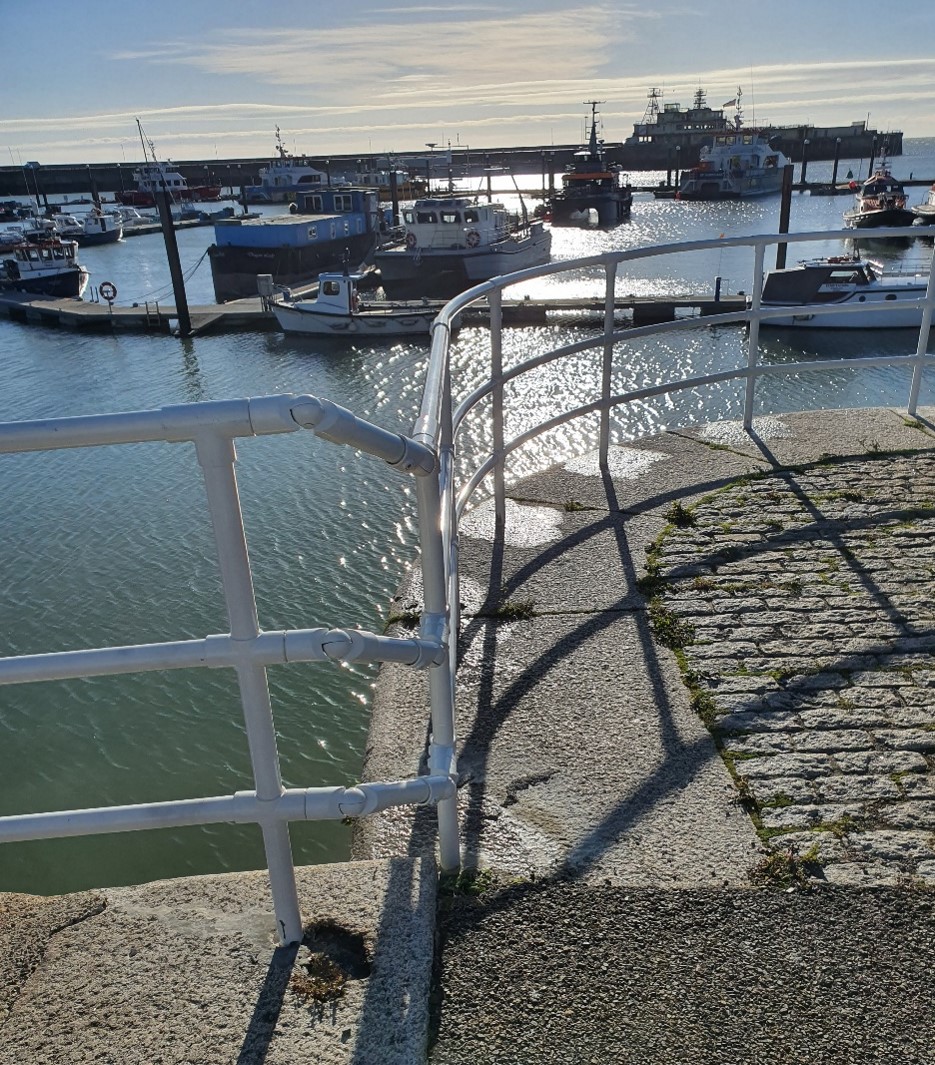 There were many public areas that were unprotected and posed a risk of falling from height into the water below. Heightsafe were able to provide a solution – fixed edge protection in the form of galvanised steel guardrail was the ideal choice for the Harbour.

Heightsafe offer a range of guardrail options, from collapsible, fixed and freestanding; but for the Grade 2* listed Royal Harbour site, fixed guardrail with a RAL White powder coating allowed the system to seamlessly fit into the surroundings and heritage of the Harbour.

The guardrail comprised of a top and mid rail section with all components fully compliant to the latest British Standard EN 13374-2013 Class A. The guardrail was cast into the concrete deck and resin fixed. 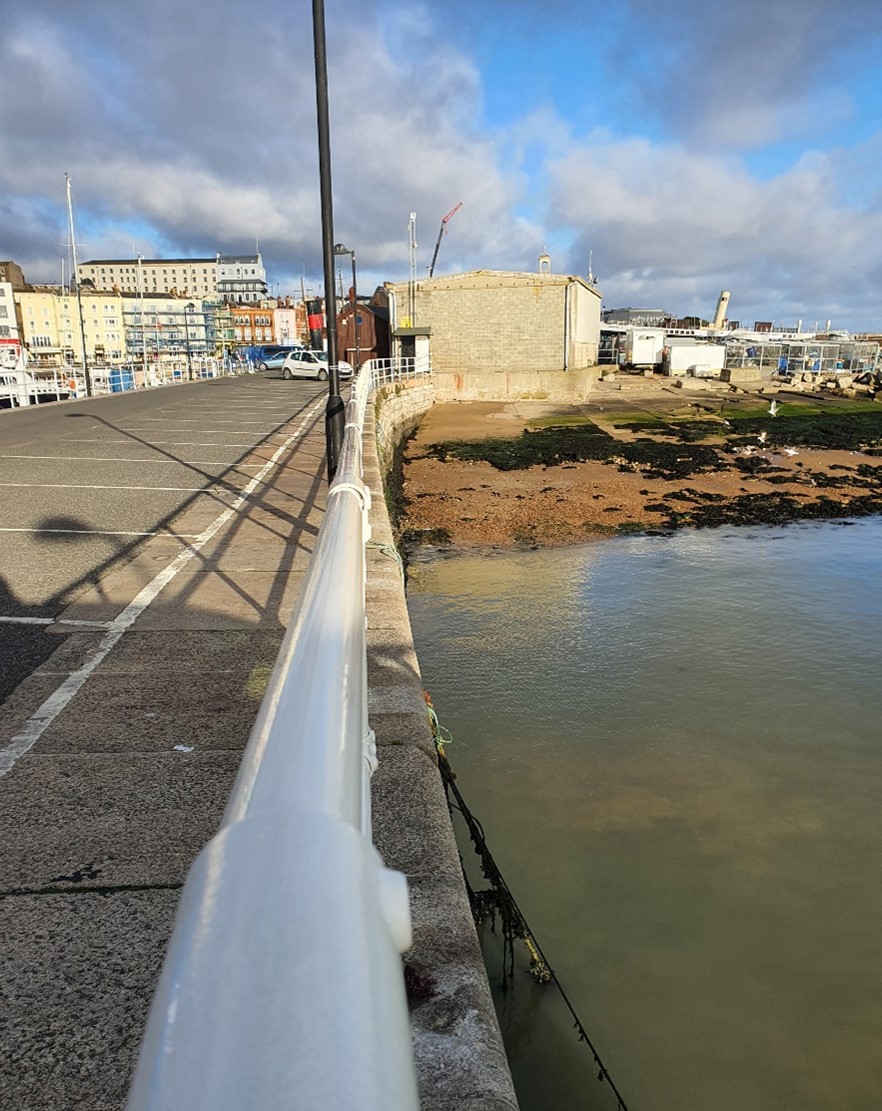 Heightsafe installed approximately 600 metres of galvanised steel powder coated guardrail in 5 sections of the Ramsgate Royal Harbour, providing a complete edge protection solution that doesn’t deter from the heritage of the site. The Harbour receives thousands of visitors from the public each year, who are now safe in the knowledge that the area is more secure and fall from height into the water will be avoided.

Do You Require a Similar Solution?

Do you require edge protection? We can supply guardrail in multiple forms – fixed, freestanding, and folding or simply for hire – contact our installation team today to discuss your site requirements. 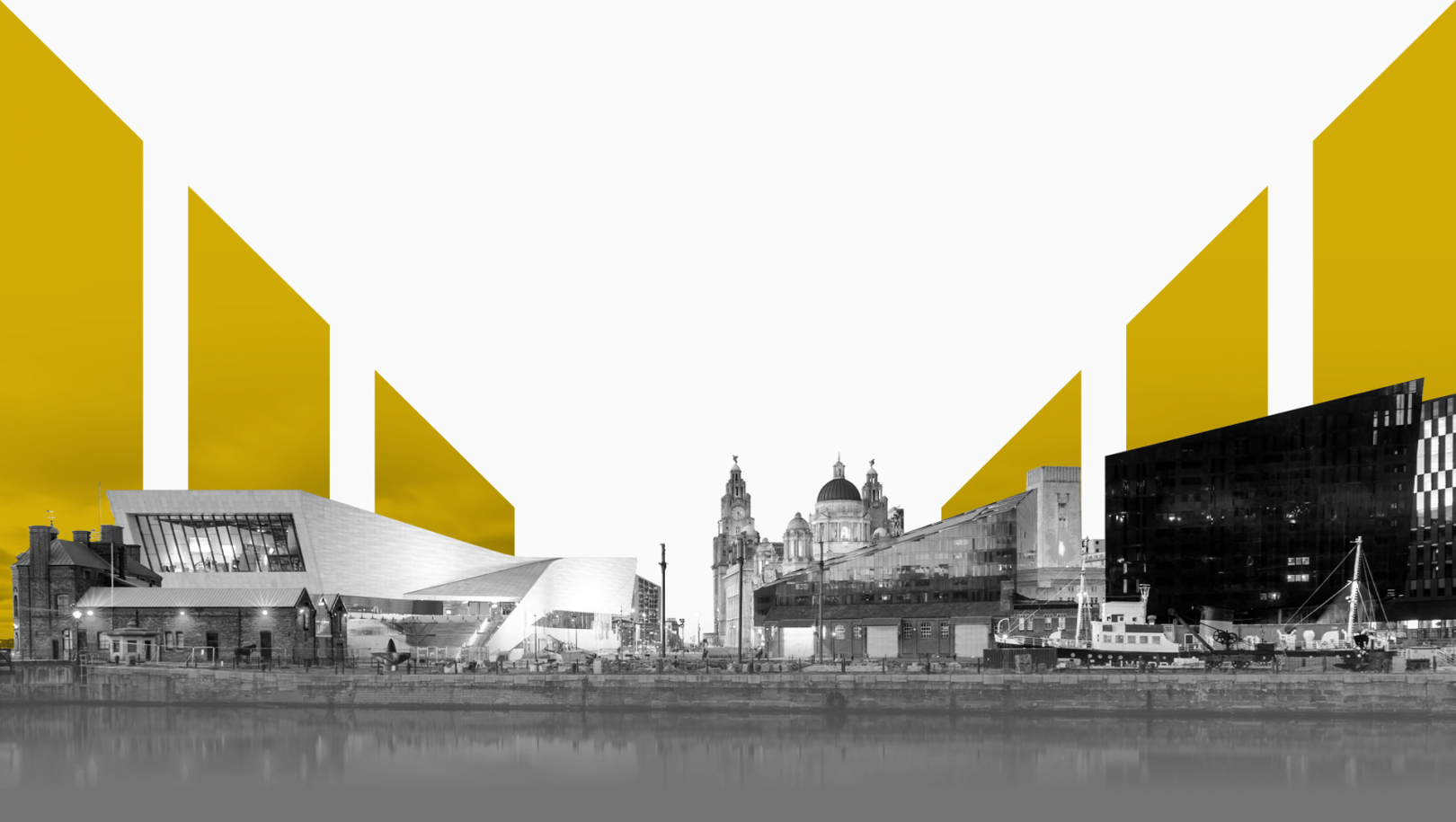 Your Specialist Work at Height Partner!

Our team will be happy to discuss your needs and objectives to find the perfect Work at Height solution for you.