Roof Ladder Project Completed at The Theatre of Dreams 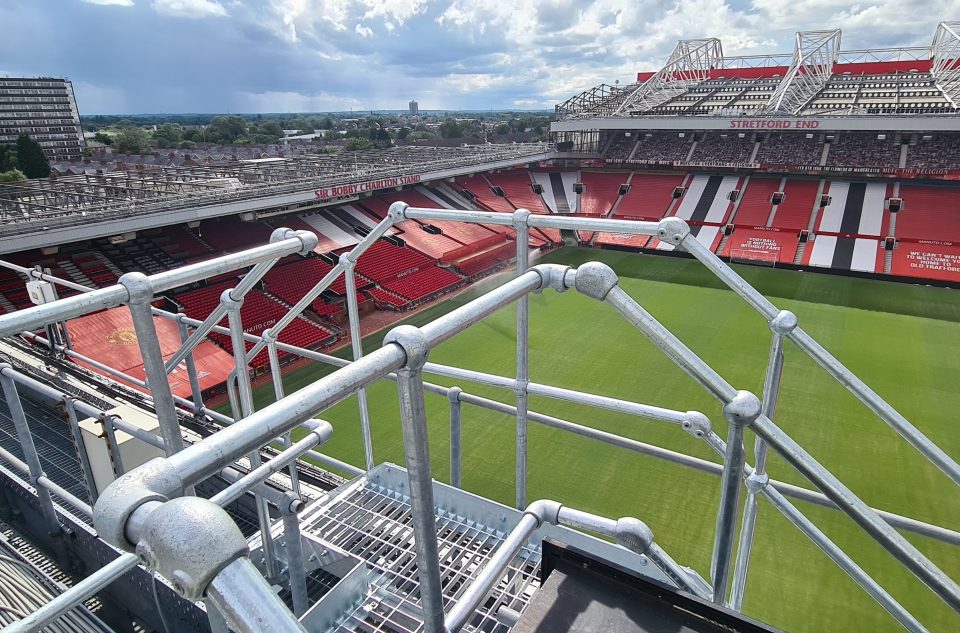 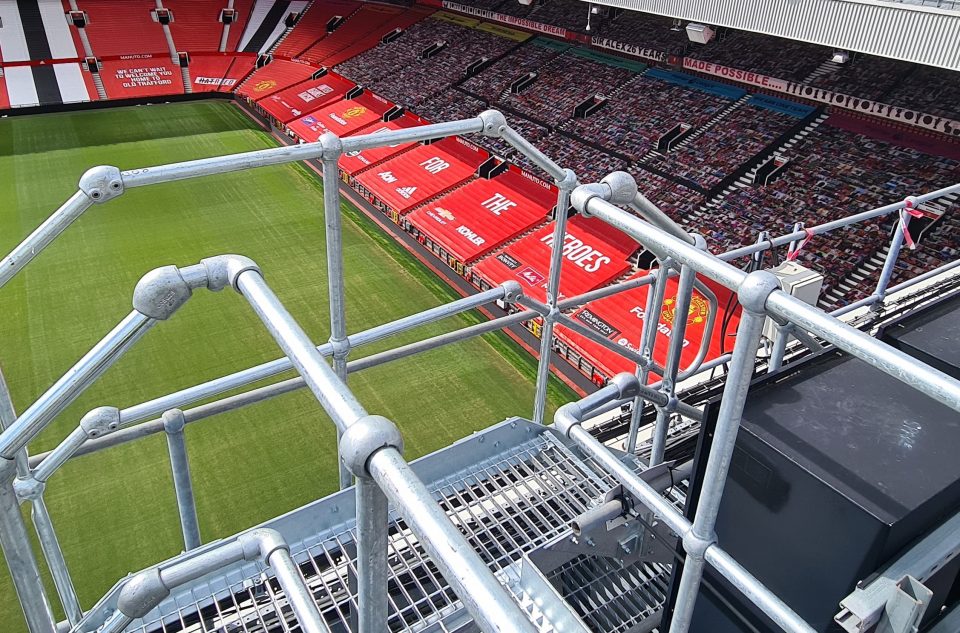 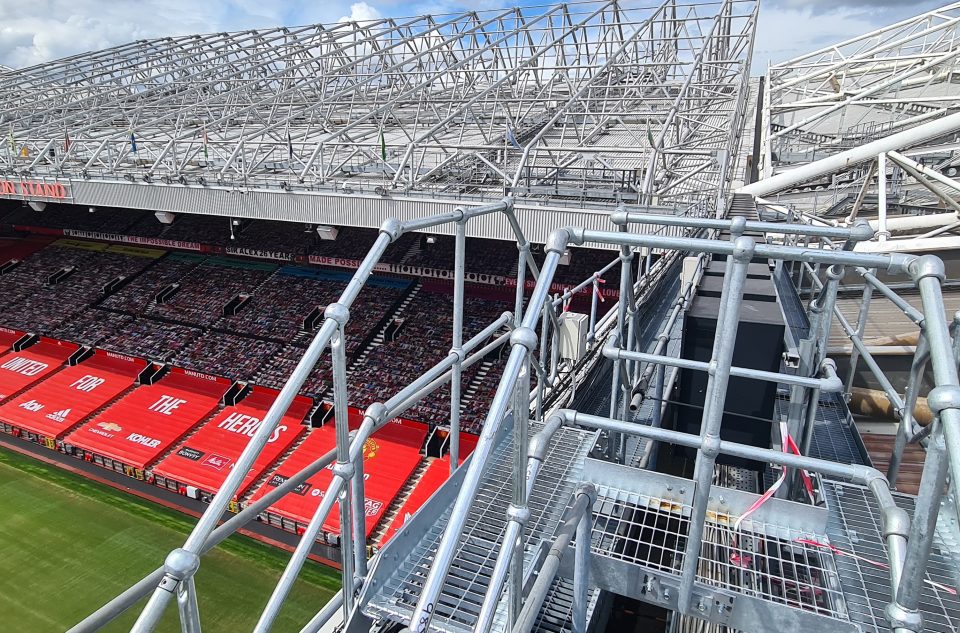 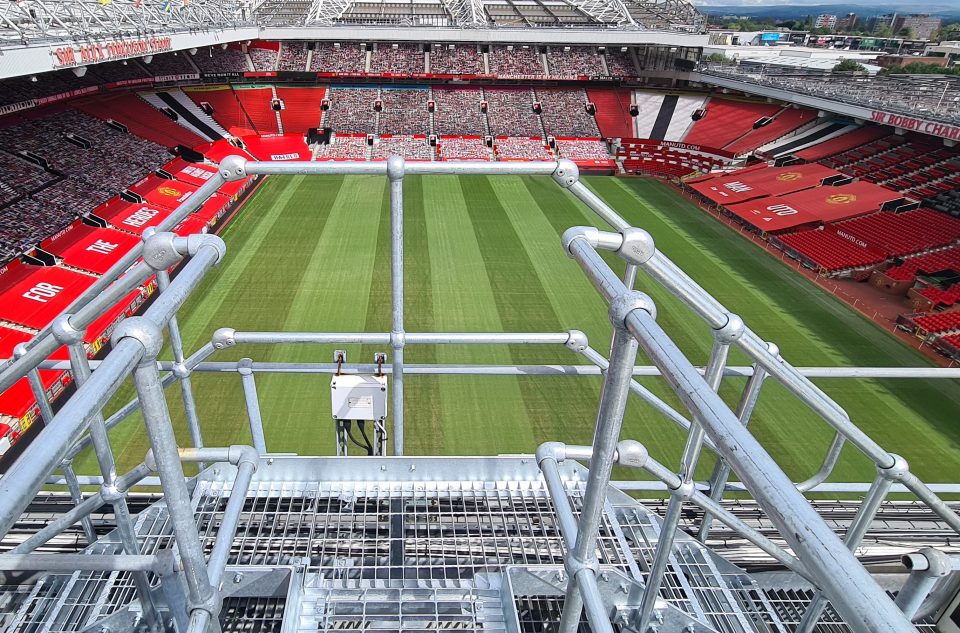 Manchester United are one of the world’s biggest and most successful football clubs, and they are also a regular client of Heightsafe. The football club has won a record number of English league titles and has millions of supporters across the globe. Old Trafford, their 76,000 capacity home, is one of the most renowned stadiums in world sport. With the stadium reaching a height of 200ft, there is a regular demand from the football club to make sure their staff are Working at Height safely.

The stadium requires operators to work on the roof above the seating areas to access the structures electrical systems. Manchester United’s Facilities Manager contacted Heightsafe hoping to secure a solution that would allow staff to work as safely and as quickly as possible when maintaining the electrical boxes over the gantry platforms in the stadium. With most of the stadium being redeveloped as far back as the 1990s, there was no better time to carry out the project.

Heightsafe’s specialist team installed and commissioned two large Step Over Units at the front side of the stadiums roof. Additionally, they installed guardrails on each side of the new ladders and walkways, providing safe access to the electrical boxes for workers. They also installed one small up and over unit to provide access up and over the gantry platforms.

Once installed, Heightsafe’s site operatives performed an inspection to make sure the newly installed units, as well as any other additional units that were previously installed, were safe. Heightsafe always remains fully committed to making sure all working at height systems are coherent and are up to the strict standards that the UK government has put in place.

There were various other products installed including mid-rails that were retrofitted to existing Guardrails, three Aluminium Step Units to give access up and over the duct work, Access Ladders and Steel Fixed Safety Lines that were fitted down the lengths of the stands. This allowed for extra safety measures when operating the cameras. Additionally, Eyebolts were installed into the poignant Busby Babes memorial plaque.

Due to Heightsafe’s diligent hard work, Manchester United now has a system in place that allows personnel to work at height safely. As was highlighted to Heightsafe in the club’s initial inquiry, this was a critical issue that required a solution. Heightsafe’s consistency with inspections guarantees the system to be a long-term solution, meaning the football club can carry out work on the electrical boxes without concern for many years to come.

The club provided excellent feedback expressing how impressed they were with the skills, hard work and attitude of the installation team, and our relationship continues to grow with the football club with every job they assign to us. Once again, Heightsafe met the brief in its entirety and the job was cost efficient.

We are excited to publicise this case study as it highlights how our unique services and bespoke systems are changing the industry. There is no limit on what can be done when it comes to working at height, and we aim to showcase this message to all of our clients, no matter the nature of the business or industry they belong to. If Manchester United decided to go with alternatives, the result would have been less cost effective, and they would have received limited flexibility and longer time scales from other contractors. Heightsafe Systems prides itself on always meeting the needs of any client in the most cost efficient and flexible manner.

Get in touch with Heightsafe’s friendly, professional team today for free, no obligation advice on your Work at Height requirements.